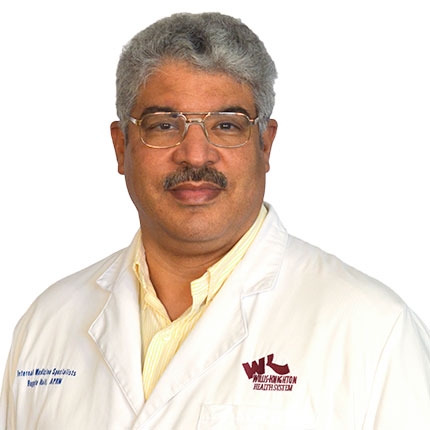 J. Reggie Hall, NP, was born in Okinawa, Japan, where his father was stationed in the U.S. Army. As part of a military family, he lived in numerous locations along the east coast of the United State, graduating from high school in Atlanta. From there he entered Auburn University where he completed his undergraduate degree in finance and was awarded a commission as an officer in the U.S. Air Force.

After retiring from the Air Force at Barksdale, Reggie returned to college and earned an associate degree in nursing from Louisiana Tech University. He worked as a nurse on the stepdown unit at WK Pierremont Health Center and decided to upgrade his nursing degree to a bachelor’s degree at Northwestern State University’s College of Nursing. He completed additional post-graduate work at NSU, receiving a master’s degree as a nurse practitioner in Adult/Geriatric/Primary Care.